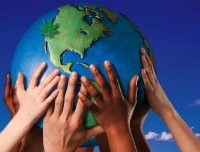 In the 1800’s, cannabis and hemp (also referred to as marijuana) was legal. Hemp was a rather easy crop, since there were moderately small investments in hemp production. Compared to the large investments for factories, for other fibers; equipment to handle cotton, wool, and linen. There was a misconception hemp had an intoxicating effect because it has the same active substance, THC, which is in potent marijuana strains. Factually, hemp has a negligible amount of THC compared to medical marijuana strains.

Unfortunately marijuana has been associated with much false propaganda, claiming that most marijuana users are disreputable people and of lower class, making it an easy target. This myth was popularized during prohibition and pothibition in the late 1920’s.

In Canada, Emily Murphy wrote a prejudice book called “Black Candle” under the pen mane of Janey Canuck. In this fiction book, she writes that opium and cannabis are similar. Black Candle claimed that black people were introducing white people to opium and marijuana, causing the users to loose their morality and minds. In her book she claims the intention was to turn a good citizen into a pure evil criminal who would murder and cause great damage without conscience after smoking the herb. This fiction was popularized by the politicians in the day, that were influence by those who wanted alcohol legal and paper mills to replace the hemp fiber products and newspaper.

After the Mexican Revolution of 1910 several Mexicans immigrated to the United States. It is believed that was when recreational marijuana use was introduced. A public misconception that Mexicans and other minorities committed violent crimes while under the influence of marijuana, which caused many states to criminalize marijuana. This myth was promoted in 1930 by Harry J. Anslinger‘s media interviews, faulty studies, and propaganda films that claimed marijuana caused violent, erratic, and overly sexual behavior.

The Royal Canadian Mounted Police (RCMP) and the politicians were quick to jump on the band wagon hence they included cannabis in the “Opium and Narcotic Drug act of 1923”. However fearing they may not get the votes, they changed the familiar name of hemp or cannabis to marijuana, to make it sound worse. The bill was passed.

In the 1930’s, marijuana was targeted on a federal level in the United States with the passage of the Uniform State Narcotic Act, the 1937 Marihuana Tax Act and the creation of the Federal Bureau of Narcotics.

The American Medical Association (AMA) opposed the act because the tax was imposed on physicians prescribing marijuana, retail pharmacists selling marijuana, and medical marijuana cultivation/manufacturing; instead of enacting the Marihuana Tax Act, the AMA proposed marijuana be added to the Harrison Narcotics Tax Act.

The Dupont Company and William Randolph Hearst played a large role in the criminalization of cannabis. In 1938, DuPont patented the processes for creating plastics from coal and oil and a new process for creating paper from wood pulp. Dupont also manufactures Freon and many other non environmentally friendly products. If hemp would have been largely exploited and allowed to become a commercial success, it would have likely been used to make; paper, clothing, fuel and other earth friendly products, and may have hurt DuPont’s profits. Andrew Mellon of the Mellon Bank was DuPont’s chief financial backer and was also the Secretary of Treasury under the Hoover administration. In 1931, Mellon appointed Harry J. Anslinger, his nephew-in-law, as the head of the Federal Bureau of Narcotics (FBN), where Anslinger stayed until 1962.

The 1970s, started the decriminalization of marijuana. Most countries, states and provinces that have decriminalized marijuana have civil fines, drug education, or drug treatment in place of incarceration or criminal charges for possession of small amounts of marijuana. In the 1990s many places began to legalize medical marijuana, which conflicts with American federal laws, as marijuana is a Schedule I drug according to the Controlled Substances Act of 1970, which classified marijuana as having high potential for abuse, no medical use, and not safe to use under medical supervision. Multiple efforts to reschedule marijuana have failed and the United States Supreme Court has ruled in United States v. Oakland Cannabis Buyers’ Coop and Gonzales v. Raich the federal government has a right to regulate and criminalize marijuana, even for medical purposes.

The cannabis movement did not go away it was just pushed underground as the politicians of today want to continue. In the 1960’s with the Vietnam War and the involvement of the Untied States there were many people who resisted the war. Canada opened its doors to the “draft dodger” who objected. Several “draft dodger” still remain in communes and live throughout Canada today. Peace rallies were everywhere and with the peace and love movement sprouted the uprising of the pot movement above ground again.

By the later 1960’s the United States and Canada recognized that propaganda did not work with the intelligence of the populous. Many people had tried cannabis and did not loose their minds or even commit any crimes. In 1967 the Canadian Health & Welfare Minister ordered a scientific factual study to dispel the myth and realize the truth. This study was called the Le Dain Commission and it lasted four years costing several million dollars. The Le Dain Commission presented the findings of their scientific experiments and study that there was no link to crime, violence or immorality but showed if people recognized the benefits of medicinal marijuana they were going to do it anyway. The government only has forced the culture underground and created a new sub culture in our society. People who benefited had a range of ailments and came from a wide range of educational level and background. The final recommendation of the Le Dain Commission was for Canada to re legalize the special herb and gain the possible benefits from this cash crop. Regrettably the Prime Minister sucame to the pressure of the United States and the Regan reign on the War on Drugs. Sadly medicinal marijuana was lumped with drugs and not as an herb, which it truly is.

Thankfully for the recognition of medical marijuana and its place in herbal healing and alternative medicines we are striving to move forward with the multi purpose herb that was placed on earth by the creator of earth. Cannabis also known as marijuana or hemp was not illegal in the United States until 1937.

The Medical Marijuana movement grew stronger and in 1996 California passed Proposition 215, the Compassionate Use Act, legalizing marijuana for medical use. Proposition 215 permits seriously ill Californians to use marijuana, provided they first obtain a doctor’s recommendation. Proposition 215 also gives doctors a legal defense against professional or legal sanctions for recommending marijuana use. To date there are 11 states that have voted pro Medical Marijuana and more that are considering totally legalizing the curative herb.