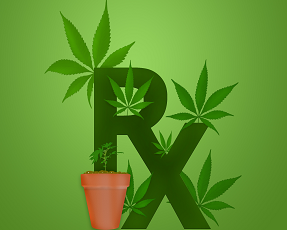 Despite pharmacological treatment, bronchial hyperresponsiveness continues to deteriorate as airway remodelling persists in airway inflammation. Previous studies have demonstrated that the phytocannabinoid Δ9-tetrahydrocannabinol (THC) reverses bronchoconstriction with an anti-inflammatory action. The aim of this study was to investigate the effects of THC on bronchial epithelial cell permeability after exposure to the pro-inflammatory cytokine, TNFα. Calu-3 bronchial epithelial cells were cultured at air-liquid interface.

Cannabinoid CB1 and CB2 receptor-like immunoreactivity was found in Calu-3 cells. Subsequent experiments revealed that pharmacological blockade of CB2, but not CB1 receptor inhibited the THC effect. Selective stimulation of CB2 receptors displayed a similar effect to that of THC. TNFα decreased expression of the tight junction proteins occludin and ZO-1, which was prevented by pre-incubation with THC.

Possibility of efficacy for cannabis in treatment of Asthma according to the results found in this study.

Possibility of efficacy for cannabis in treatment of Cough according to the results found in this study.

One thought on “THC beneficial in fighting airway diseases”